Participants are assigned in teams for a hunt around Chinatown, Kampung Glam and Little India, Singapore’s leading Heritage Centers. These neighborhoods are beautiful, rich in culture and illustrate perfectly Singapore’s diversity.

The teams will be given a tablet that will lead them to some key locations of Chinatown using GPS. Once on location, the can activate challenges. The challenges are either cultural or fun.

The teams will take photos and videos along the way.

From the onset in 1819, Raffles vision was that Singapore “will become a place of considerable magnitude and importance”… impressive when we know what it was then and what it is now. To make his vision a reality he developed the “Raffles Town Plan”. The plan established the location where the diverse communities, the Europeans, the Chinese, and the Muslims (Arabs and Malays) would live. Later the Indians established themselves at what became Little India.

The various communities developed and grew over time. Their heritage remains one of the most fascinating element about Singapore today: a modern city with roots in many cultures. One cannot understand where Singapore is going, how it became what it is, without understanding how it all happened.

We make it a fun and rich learning experience.

The activity covers Chinatown, Little India and Kampung Glam. The challenge take place around some of the most beautiful landmarks of Singapore, temples, street …

The teams can follow the sequence they want (each of them decide whether to start with the challenges of Masjid Al-Abrar or Sri Mariamman for instance).

The teams do not have all the time to complete the activity, they must make choices and set priorities. Time pressure makes for an exciting activity, each team need to make some decisions: what to do and what to by-pass? Should they take the time to get all answers right at the cost of speed, or whether to answer more challenges as possible at the cost of accuracy…

Between each Heritage Center, we recommend to use Singapore public transport (daily pass provided). As option for additional cost, minibus can be arranged. 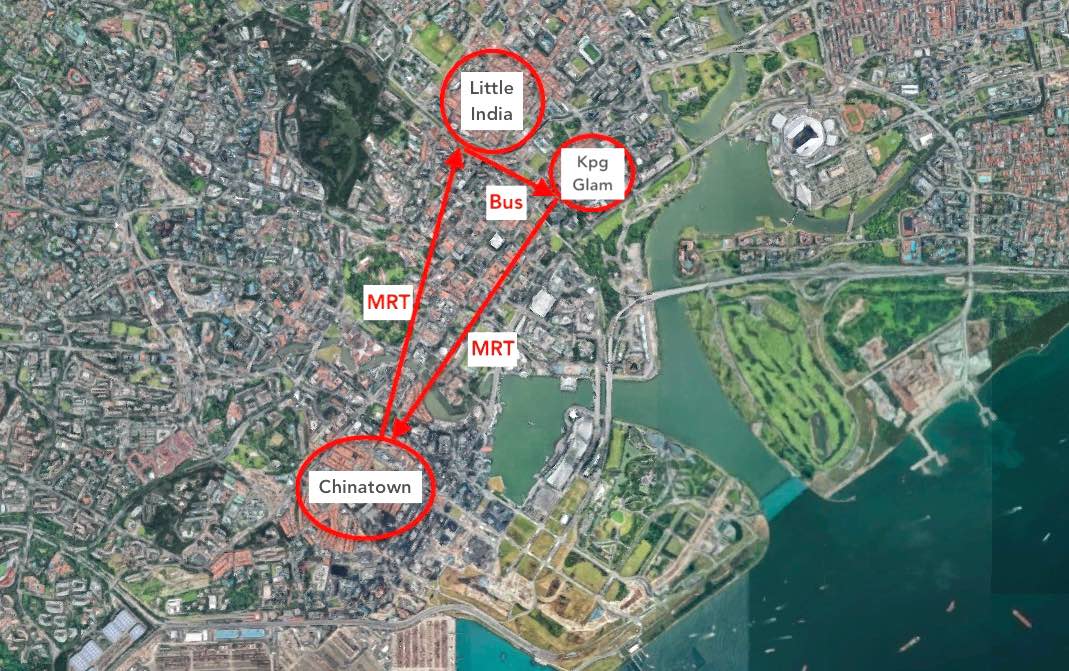 Send us an email
inquiry@singexperience.sg